A Beautiful Overnight On Sproule Lake

Following my “last minute trips” theme for the month of September, I did a rather spontaneous trip into Sproule Lake. The weather looked great and I have enough flexibility with vacation days to do something last minute, so I called Algonquin Outfitters, reserved their last solo canoe, and started packing.

I was initially planning on going down to McGarvey from Smoke for two nights, but the weather was calling for mid 30’s and I decided against the long 7-8hr day (with double carries) travelling solo in that weather, and instead opted for a much easier route. There were no permits issued yet for Sproule, meaning I would likely get first choice of campsite. For a lake so easily accessible, it’s not often to find it empty, so I figured I should take the opportunity to explore that secluded section of the park.

I started the day with no campsite reservations, just my canoe reserved. I went to the west gate information office where they confirmed that there were still no reservations for Sproule, so I got my permit and went on my way. By the time I got to the portage leading into Sunday, I noticed on the online reservation system there were a few more permits issued for Sproule, but I still ended up being the first one on the lake, with the exception of a couple fishing for the day.

I took the northernmost site, right beside the 3km portage, which is the one I had wanted. I dropped off my gear and paddled around the lake to check out the other sites before they became occupied. It was well before noon so I was in no rush to get camp fully set up just yet.

The south east site is small, but it’s actually quite scenic. I considered moving to this site, but the couple on the water came here to clean/cook fish they caught, and they did a pretty poor job of cleaning up after themselves. The whole site smelled like fish, and some pieces of fish were also left on a rock by the landing. There were also broken egg shells throughout the site.

Afterwards, I went back and explored my site. There’s a section just beside the thunder box that is clearly the spot people go to hack down trees for firewood. Asides from this one section that is very heavily used, the rest of the site was surprisingly pretty clean and in decent condition.

I found a lot of moose poo on the short trail between the main site and the thunder box, some of which was old, and some of which looked very fresh. Because of this, I took the smaller of the tent spots that was on a bit of a slope, because it was away from the trail and surrounded by trees backing on to the water. I set up a textbook bear hang, collected firewood from behind the site, and that was it… camp set up was done!

I spent the rest of the day just relaxing on the site, going for the occasional paddle, and watching the clouds pass by while occasionally threatening rain. Luckily, I only got one short, very light drizzle that didn’t even require me to cover anything up or take shelter.

Around 4pm, two more groups entered the lake, which I found surprisingly late considering how close we were to the access, and how I saw their permits booked first thing in the morning. One group opted to take the second site in from Sunday Lake, which has no flat tent spots, and somehow managed to get their two separate tents standing… I can only imagine what their sleep must have been like. The other group came passing by my site and I told them about the fish/dirtiness of the nice site, but they decided to take it anyways.

My solitude was gone and I could now hear everyone’s voices echoing over the waters, but it was nice to have some company nearby to enjoy the beautiful evening on this pretty lake.

And the evening that night was indeed perfect. Clouds filled the sky, promising a nice sunset, while the weather was still ‘shirtless paddling’ warm, and the water reflecting like glass. All of the groups on the lake set out for a paddle at roughly the same time, while occasionally crossing paths with each other.

Throughout the day I heard a lot of what sounded like moose walking behind my site near the 3km portage, but just as I was finishing my paddle and pulling up to the landing, I heard a few very loud crashing sounds. Either a moose did something adventurous, or a tree fell down, or a moose adventurously took down a tree! Either way it gave me a good scare for a second, but I didn’t think too much of it.

After dinner I sat by the fire while watching the moon start to slowly set, before getting into my tent. I killed some time on my phone (most of the lake has cell service, but it’s spotty in certain areas), and then went to sleep.

This trip was initially going to be 2 nights, but I made a last minute decision to only spend 1 night. There was an engagement party during the day and birthday party later in the evening that I felt bad missing, and I had done all the exploring I was hoping to do, so I decided to call it in.

I woke up just after 6am but the sunrise was completely blocked by fog. I literally could not see the water from the edge of my campsite, it was 100% covered with fog like I had never seen before. I packed up camp hoping that the fog would clear so I could actually see once I started to paddle, and luckily it did, although just barely enough.

I got on the water around 7:30am and made my way back to my car. The combination of the clearing fog with the stillness of the water made the surrounding landscape breathtakingly beautiful.

I heard some more animals rummaging around while finishing my last portage from Sunday Lake to my car – which by the way, sucks going up that hill – and started my drive at around 9am.

I dropped the canoe back at AO, getting refunded for the days I didn’t use, and had an easy, traffic-free drive home, making it back just in time for the engagement party. I kept messaging my girlfriend throughout the day, but didn’t say anything about coming home. Her face was pretty priceless when I surprised her at the party when she thought I was still 300km away.

Overall I’m happy I did the trip and I was happy with the decision to do just one night. Sproule Lake is very pretty, although only a few of the sites would be worth staying on, and it doesn’t have the same backcountry feel. The sites are close enough that you hear the other parties on the lake, there’s cell service throughout, and you can hear faint sounds of motor vehicles (either boats from Ope or cars from the highway, I wasn’t quite sure). I explored Sunday and Sproule, had a full day of great weather with a beautiful sunset, and felt satisfied with just that. Maybe one day I’ll be back, but probably not in the near future. 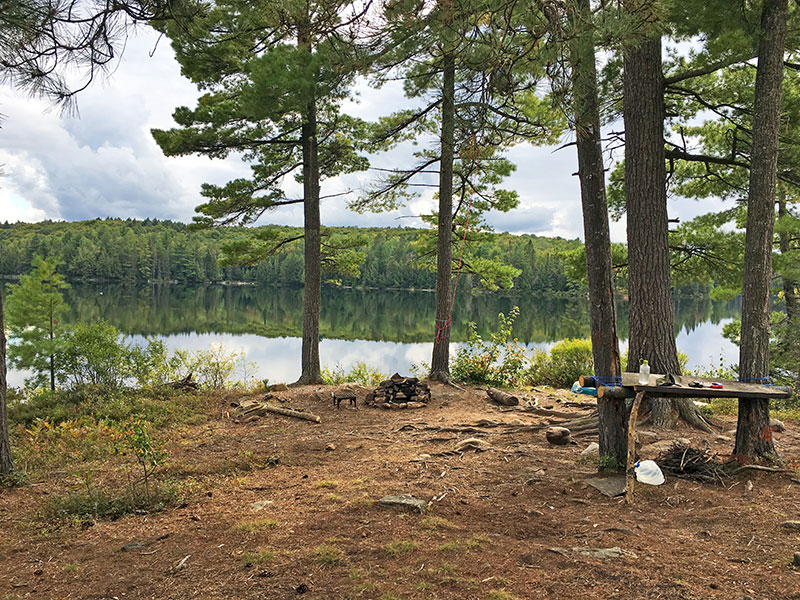 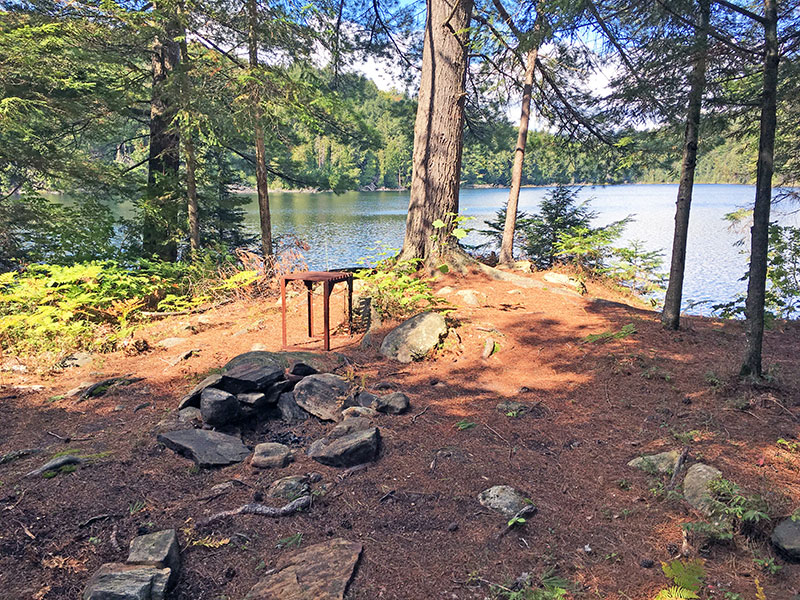 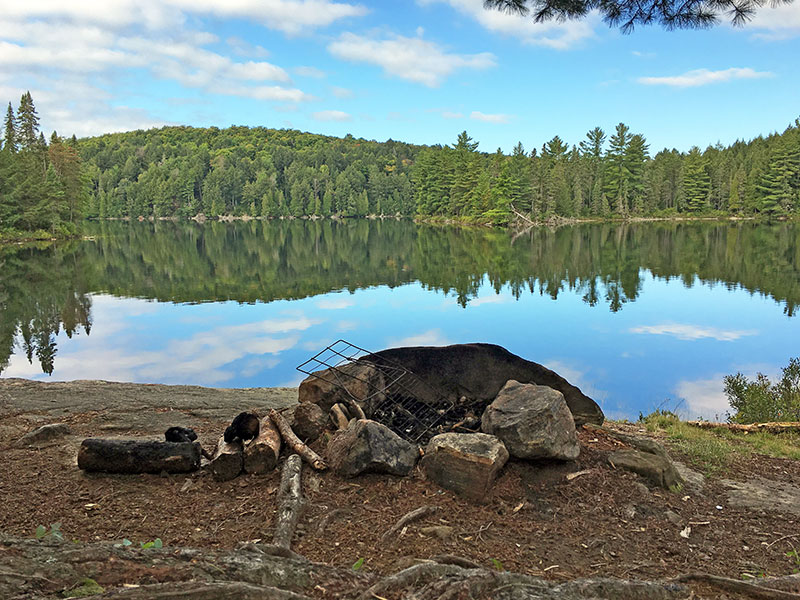 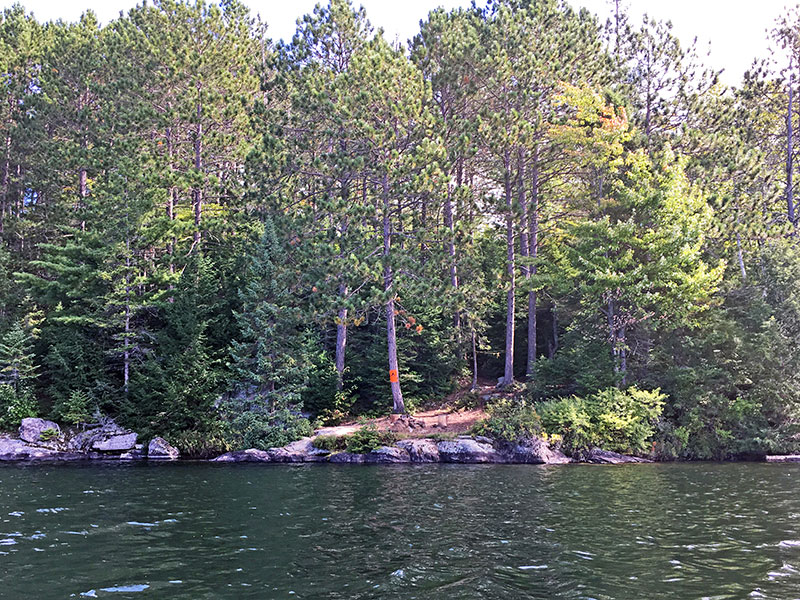 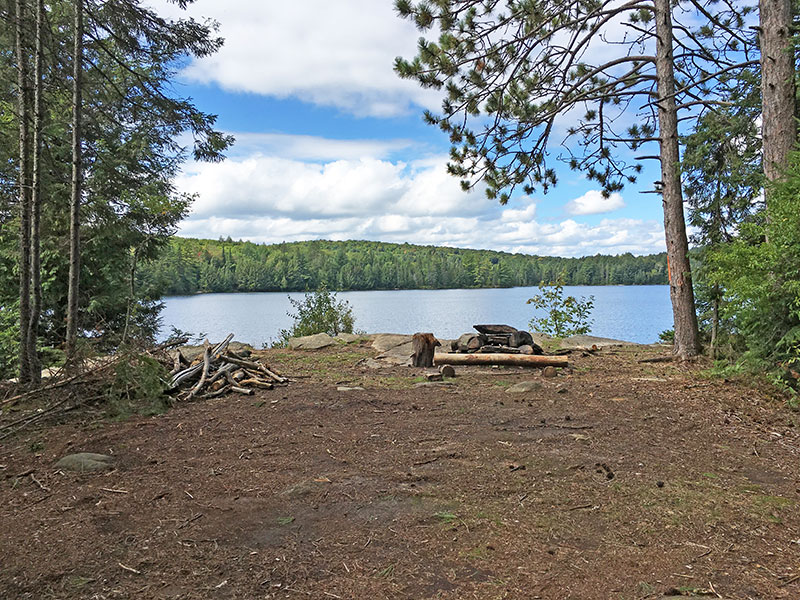