We had a pretty long day ahead of us, going from Canoe to Big Otterslide, so we decided to get on the road at about 6am and we hit the water by about 10:30am. This was the first time that my friend has been backcountry camping, so I thought taking him through the overused Canoe –> Burnt route would be a good way to start, then go a little bit more into the ‘wilderness’.

The waters were calm the whole day, and not very busy at all considering how popular that route is. Especially on Burnt Island, there was 0 wind and we only passed maybe 4 or 5 canoes paddling across the whole lake… which was quite astonishing to me. We stopped for a snack before the 800m into Little Otterslide and met a group of guys who were doing 3 people in a 2 person canoe… the 3rd person using the yoke as a seat. Smart move.

We ended up getting to Big Otterslide by late afternoon, with enough time to set up camp and make dinner without being stressed on time. The plan was to paddle the northern shore and hope that either one of the two island sites, or one of the three northern ‘peninsula’ sites would be open. We ended up having to paddle the whole lake since the only 2 open sites were the small eastern island and the site just north of it. Being a fan of island sites, I settled for that one. It had a big fire pit with lots of seating, a nice view of both the sunrise and sunset, decent enough firewood considering the small size of the island, and a perfect tree to hang our barrel. There’s also some large rocks by the water that are great to sit on and sun tan/stargaze.

I got a fire going for dinner, though I didn’t realize until afterwards that the fire pit was too large for the small grill at the campsite; and since the rocks were too hot to rearrange and the sun was on it’s final minutes, I had to makeshift a very flimsy cooking set up. The next morning I decided to fix the fire pit so that campers who don’t travel with their own grill wouldn’t run into the same problem as I did.  Overall though, I loved the site and would recommend it to anyone who likes small isolated island sites.

I was up early enough to watch the sunrise, and my buddy soon after. We cooked some breakfast and hit the waters pretty early. Going south from Burnt Island, there’s a small yellow portage marker on a fallen tree in the water indicating that you’re going the right way. After the easy 160m we were ready for the longest portage of the trip, the 2.1km into Iris Lake. The landing was quite swampy and muddy, and the portage itself pretty hilly with a few steep inclines. Definitely not the hardest portage that I’ve done, but I wouldn’t call it ‘easy’. It made the next 875m portage feel like a breeze though.

We got to Linda at probably 3pm. The eastern site right beside the portage looked really nice, but it was already taken so we started to paddle the lake. First we checked out the island site. The back of the island faces south and has lots of open rock, which makes it easy to confuse it for the landing. We paddled to the actual landing and went to shore to check out the site. A small incline takes you to a site that’s about 10-15ft above the water, with an exposed fire pit facing westward, and no seating other than a picnic bench table to the side.

In harsh winds or heavy rain, the overly exposed kitchen might be a problem, but we had a beautiful sunny day and didn’t see it as an issue. There’s a flat tent spot and a clear pathway to the back of the island (about 10 seconds walk) leading to the open rock face that’s perfect for swimming and watching the sunrise.  Since we got to the site pretty early, and there were lots of large flat rocks at both ends of the island to enjoy the sun, we were sold.

There was also a bench at the rear of the island, which I spent a while trying to figure out it’s purpose for being there.  The 2 things that I didn’t like about the site is that it was extremely dirty (wrappers, broken tent poles, toilet paper, etc., I started to clean up but there were too many small pieces of garbage scattered throughout the island), and that there is minimal firewood, though we were able to manage without having to paddle to shore.

It was a gorgeous day and after setting up camp we had a couple hours of downtime to swim and enjoy the sun. When trying to set up the bear hang for the night, my throw bag got stuck. The rope circled the branch 2-3 times and got caught within itself, essentially making a knot and making it impossible to pull the rope back over the branch. I couldn’t think of anything else to do other than cut the rope and leave the throw bag stuck at the top… With no other suitable hanging branches (other than  one right beside the tent which we weren’t going to use), we just left the barrel hidden in the bushes at the back of the island.

After the sun went down, I went to the rocks at the back of the island to stargaze. For the second night in a row, we were treated to clear skies full of countless stars shining bright. It called for rain the next day, so before going to bed I hid our leftover firewood under the picnic table to stay dry, then called it a night.

As per usual, I woke up to watch the sunrise. There were some nice colours at the beginning, but then out of nowhere the sky just lit up with fire-like clouds. The range of colours and reflections off the water probably made this the nicest sunrise I’ve ever seen. The calm sounds of nature, the birds chirping, and the fact that there was a flat rock right at water level (which almost makes you feel like you’re floating on the water) were all just an added bonus. If you’re a fan of beautiful sunsets/sunrises, then make note of this site.. it doesn’t get any better than this.

Despite reading negative opinions about this site from a couple different trip logs, I was actually very happy with it and consider it one of my favourite sites in Algonquin so far. The only deterrent is the disappointing garbage throughout the site, and how it’s overly exposed (though that would only be an issue with bad weather). I should note however, I’ve stayed on many island sites, but this one is as tiny as they come. You can circle the island in probably a minute or so.

Once the sun was up, I made a small fire to cook some breakfast and sat at the front of the site just enjoying the beautiful scenery and sounds of nature. My friend ended up sleeping in until around 9am, which gave me about 4 hours or so to myself to enjoy the serenity that Algonquin has to offer.

We took our time packing up camp and got on the water close to 11am. The landing into our first portage, from Linda to Owl, has an immediate 2ft drop that makes unloading a bit of a pain. About 3/4 into the portage we hit a fork in the road, which wasn’t indicated on our map. I set down the canoe and followed both trails for a minute, seeing orange indicators on trees in both directions… I had no idea which way to go. We ended up going right, which took us the right way to Owl Lake. I thought maybe both paths just met up at some point, but I didn’t notice any connections. I still wonder where turning left would have led?

Owl and Raven have nice beach landings with shallow sand water making it easy to load/unload the canoes. They’re pretty lakes to paddle through, though the campsites didn’t look too appealing to me. On one of those portages, I ran into someone that I had met the week before on my last trip, down at Welcome Lake. I thought it was pretty funny and quite the coincidence that I met the same person twice, in 2 weeks, in different areas of the park.

We got to Source Lake by mid-afternoon, and took a pre-arranged shuttle service back to Canoe Lake to get my car. This was my first time using a shuttle, and I feel silly for not doing so in the past. Being able to end at a different access point than where you began really opens up the opportunities for planning shorter trips such as this one.

Overall this trip was pretty great. Bugs were practically non-existent, and I loved both island sites that we stayed on (which btw make for great sleeps due to the lack of squirrels etc. bustling around at night). Last year I camped solo on Little Otterslide, but I’ve always wanted to see Big Otterslide so now I can check that off my list. The weather was perfect the whole trip, and it was only once I started driving home that it began to rain. 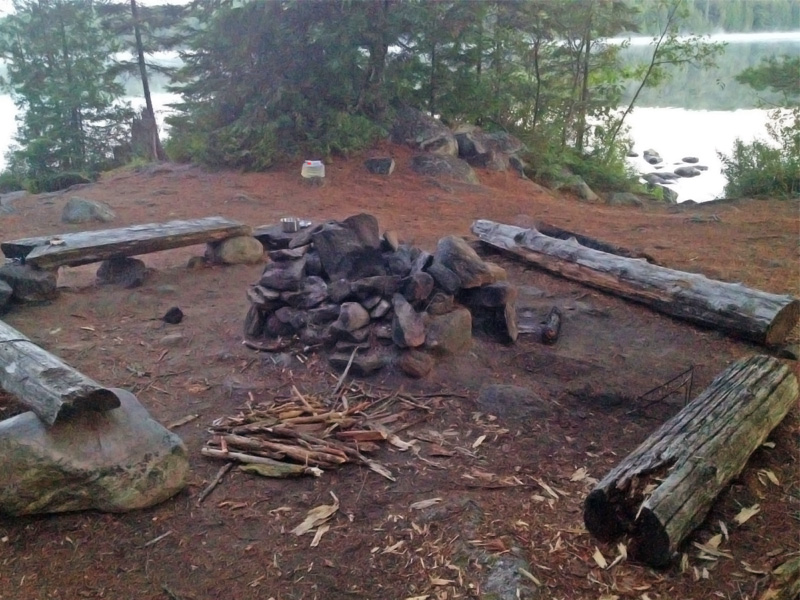 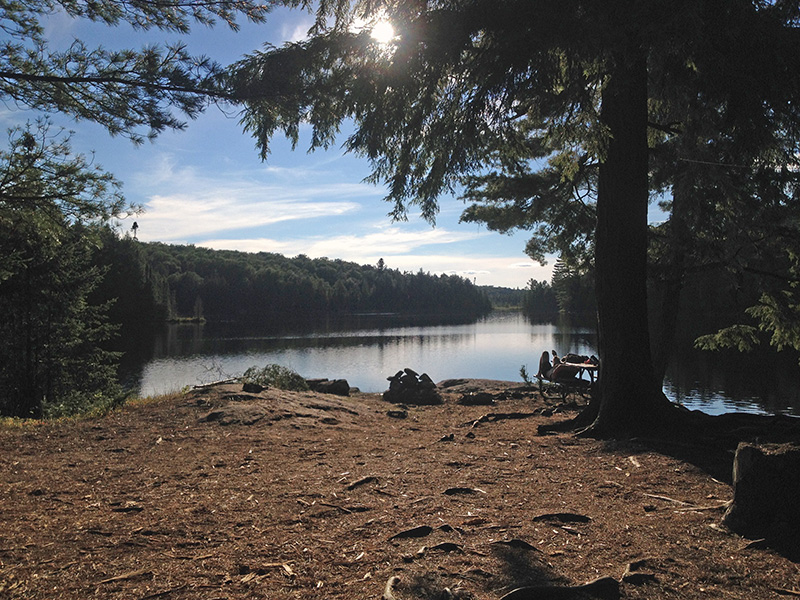