This Campsite Report is a Guest Submission. The description and images are not my own so I cannot personally verify its accuracy. If you notice any errors, please let me know. If you want to submit your own Campsite Report, visit the submission page.

Campsite #31 on Big Trout lake is labelled on Jeff’s Map as “Birch Pt” and is rumoured to be Esther Keyser’s (first female licensed guide in Algonquin Park) favourite site. I had planned two nights on Big Trout Lake on my recent solo trip and had either this site or one of the nearby island sites in mind when I was looking for a place to camp. One of the island sites was free and I took it, but after visiting this site on my off day, I wished I had checked it out first. It’s a really nice site. It feels open, but also sheltered. It has a nice beach canoe landing, which is also presumably a great spot to swim. The fire pit and seating area is flanked by a large outcrop feature. There’s also a rock bench/shelf by the fire pit. The site did show some abuse on my visit unfortunately. There’s a small island just south of the point, I suspect in very low water level you could hop rocks and get over there. This campsite has nice views in several directions of Big Trout Lake. Several good tent spot options exist, and the thunder box is easily found via a trial into the bush. 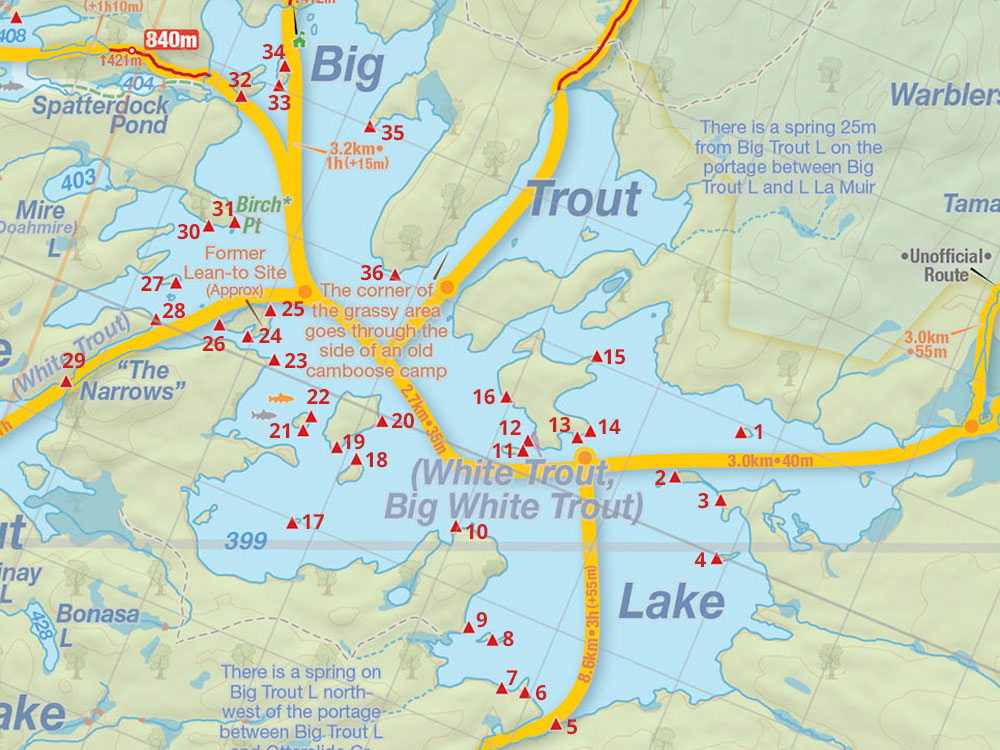